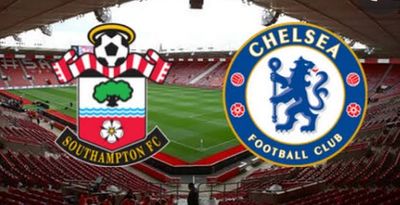 Chelsea last performances in the ongoing premier league, PL, match against Leicester City with a victory of 2-1, as the Blues is ready to face Southampton on Tuesday, August 29th, 2022.

What time does Southampton vs Chelsea kick off?

Southampton vs Chelsea live at St. Mary’s stadium with a approximately capacity of 32,384 supporters in the stadium arena.

Meanwhile, Chelsea have thrashed Southampton 6-0 when the sides last met at this very same stadium.

What TV channel is Southampton vs Chelsea on and can I live stream it?

Southampton vs Chelsea will be broadcasted LIVE on BT Sport 2 and BT Sport 5 in the UK.

Subscription holders also have the option to stream the entire action live via the BT Sport website or the BT Sport app.

Everything you need to know about the Premier League

Ralph Hasenhuttl was partially disappointed with the result against Manchester United last weekend.

But with the Southampton clash with Chelsea coming up on Tuesday, if the Blues won, it will boost their points in the EPL table .

No doubt, Thomas Tuchel is expected to continue without the presence of star player like N’Golo Kante and Kovacic, yet to recovered fully from injuring issues. And the Chelsea gaffer’s midfield woes have been added to following the red card of Conor Gallagher which will see him serve a suspension.

EPL: Paul Merson predicts on Chelsea vs Southampton, Man City vs Liverpool, Arsenal and others

Although, Kalidou Koulibaly will returned in Southampton match after one-match ban he picked up during the 3-0 tragedy against Leeds United.