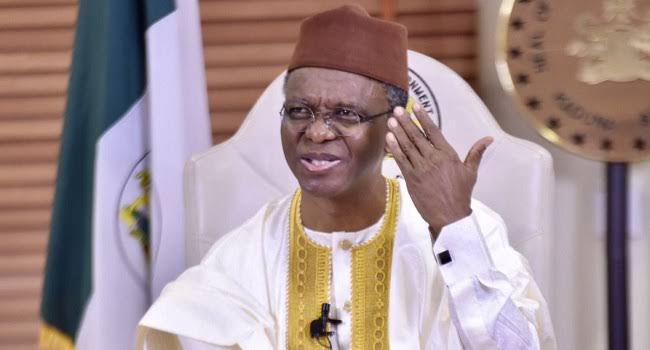 The Politics in Nigeria is nothing but a game. Even after a lot of people die in Lekki massacre all this politicians could still do is to start going to Social Media to blast each other. Gov. El Rufai blast Tinubu is not a shock because Tinubu deserve it sincerely. He left his people in Lagos State in danger and do not returns until many people loose their lives.

It’s one week yesterday that the disastrous happening occur at night in Lekki Toll gate.

El Rufai blast Tinubu for the wrong he did although he deserves it but for someone like him who is also on the verge to complete a massive building in his State even as the protest is going on. Tinubu as reportedly disclaim the news about destroying his property at Lekki Toll gate as he said he has no property at the Business Avenue.

Being the Jagaban of Lagos State that he called himself or maybe what people do associate him with. He has literally failed to support his people and it would have been better if another Politician blasted him rather than El-Rufai.

Senator Dino Melaye may probably be the right person to do that as he already made his plans visible to the youth that he is in support of what they’ve been doing.