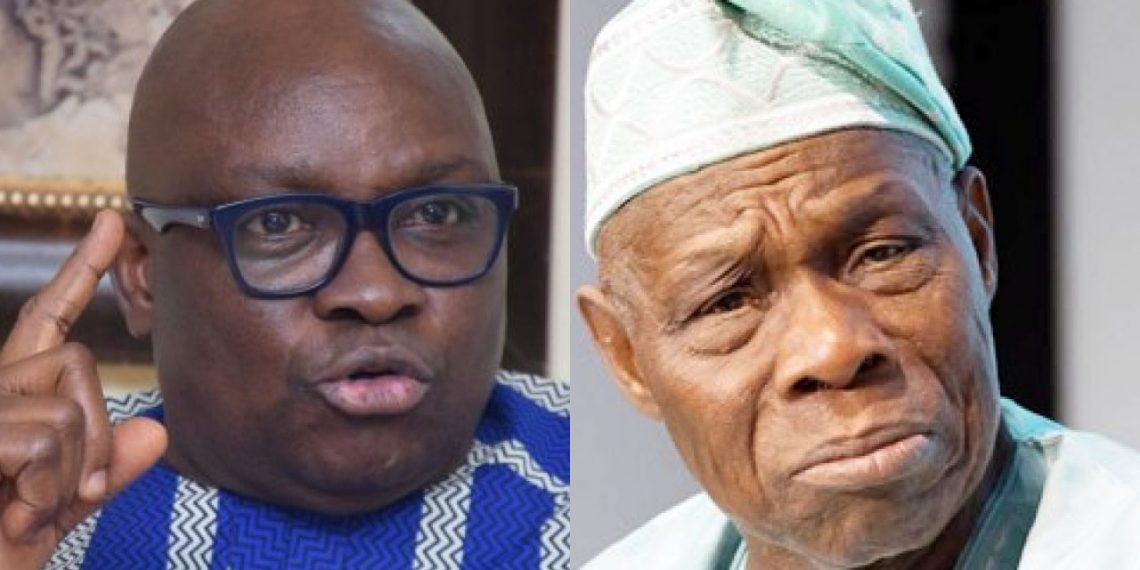 In his reaction, Falegan blasts Fayose over wrong comment on Obasanjo over the death of Senator Buruji Kashamu‘s death urged the ex-governor should stop using the negative word on ex-President. “It is against the Yoruba culture, he claimed. 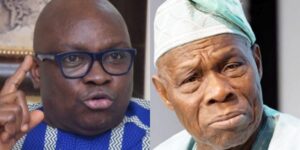 Meanwhile, Obasanjo, in his condolence message on Kashamu’s death, although it was unlawful over Kashamu’s death claiming, he has alleged crime in and outside of Nigeria but couldn’t avoid death.

But Fayose, in his condolence message described the ex-president’s statement as regrettable, saying “Nigerians are watching for your end too”.

Reacting to Fayose’s statement, the PDP Chieftain, in a statement in Ado-Ekiti, on Monday, described Fayose’s vituperation as self-serving and provocative, saying his actions denigrate the aged-long custom and traditions of Yoruba land.

“Since we all know that, nobody is a Saint, Chief Obasanjo like every other Nigerians is entitled to his opinion at all times especially as an individual, elder Statesman and a former Nigerian President. Therefore, for anybody, to act callously irresponsible, and insulting Baba Obasanjo would be a great mistake and unacceptable.

“Yorubaland is a cradle of custom, tradition, honor, respect, loyalty, and homage to the elders. Therefore, politics or whatever reasons must not be condoned to change the peoples’ orientation for the present generation and unborn ones.

He warned Fayose against bastardizing the orientation of younger generations in the country especially in the Yorubaland who might see his scathing actions and utterances toward the elders as ethical or just playing politics.

Falegan added, “As a former Governor, Fayose should always behave and talk like a good leader in Ekiti whom the younger ones can always see and look up to as a role model. By constantly insulting and ridiculing his elders, what morality, integrity, good ethics, and good behavior is he teaching those following him? And these were the trademarks of the good people of Ekiti in those good old days.

“It could be recalled that Chief Obasanjo also held the same view on the late Buruji even when he was alive as the former Nigerian President didn’t hide his feelings or opinion on the need for him to go to the US and answer to his alleged crimes.

“So, why is it now that Ayo Fayose who had benefitted immensely from late Kashamu’s financial legacy but later abandoned him midway is the one shedding crocodile tears and ridding on the tiger’s tail of Chief Obasanjo to score a cheap political point?” he asked

“Without mincing words, the crowd that welcomed the remains of late Buruji to Ìjèbú Igbo will testify to the fact that the late Politician was loved by his People because of his level of generosity.

“The death of Buruji should, therefore, serve as a lesson to everyone especially Fayose to love Ekiti people with his money apart from buying roasted plantains and maize by roadsides in order to deceive them?