BREAKING: Sumner Redstone is Dead at 97 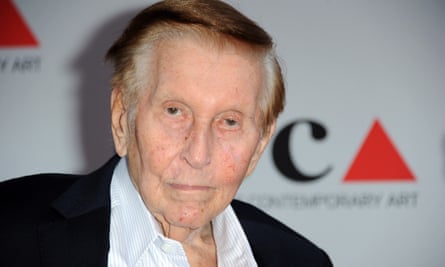 Sumner Redstone is dead at age 97 his resident at Los Angeles. Before his death, he one of the media guru who built his father’s businesses on theater, including also Viacom, Paramount Pictures, and CBS Corp. 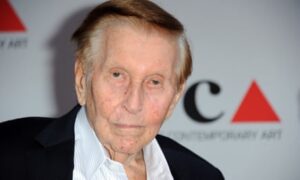 According to Redstone’s son, said, “My father led an extraordinary life that not only shaped entertainment as we know it today but created an incredible family legacy.”

“Through it all, we shared a great love for one another and he was a wonderful father, grandfather, and great-grandfather. I am so proud to be his daughter and I will miss him always.

“Sumner was a man of unrivaled passion and perseverance, who devoted his life to his belief in the power of content,” National Amusements said.

“With his passing, the media industry he loved so dearly loses one of its great champions. Sumner, a loving father, grandfather, and great-grandfather will be greatly missed by his family who takes comfort knowing that his legacy will live on for generations to come.”

Upon his death, Sumner Redstone’s assets will formally be taken over by the Redstone family trust that will manage his controlling stake in ViacomCBS. Shari Redstone and other family members are among the trustees.

Redstone famously vowed he would live forever, so he wouldn’t bother picking his successor. He served as ViacomCBS chairman emeritus and chairman-CEO of National Amusements until the end.

“He was a force of nature and fierce competitor, who leaves behind a profound legacy in both business and philanthropy. ViacomCBS will remember Sumner for his unparalleled passion to win, his endless intellectual curiosity, and his complete dedication to the company. We extend our deepest sympathies to the Redstone family today.”