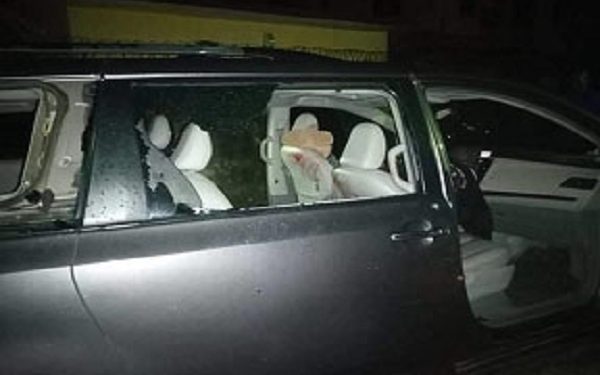 According to an eyewitness, said they were heavy gunfire exchange between the security operatives and the gunmen numbering six.

The two policemen died alongside with the businessman wife, who passed away before getting to the hospital.

It was gathered that the gunmen waylaid the victims and made away with a huge sum of money, including an AK47 service rifle belonging to one of the policemen.

A resident who spoke anonymously, said, “Everybody ran away. The gunmen killed the man’s wife and the policemen. But the man was rushed to the hospital. Right now, there is serious tension in the area”.

Meanwhile, the Delta State Commissioner of Police, Hafiz Inuwa confirmed the incident, saying the gunmen trailed the businessman “because he was in possession of lots of money”.