Swiss Federal Council vows to reopened worship center on May 28

May 20, 2020 Swiss Federal Council vows to reopened worship center on May 28 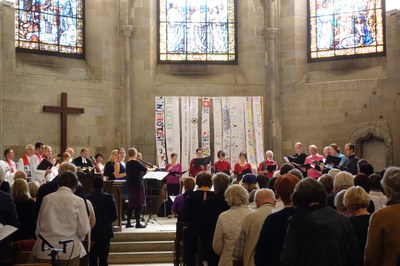 Swiss Federal Council(SFC) has announced the date that the worship center will reopen in Switzerland on May 28.

It was a joyous moment for Switzerland citizens to heard the news that the worship center will be reopened, it has been closed down since the coronavirus pandemic outbreak in the country.

Meanwhile, the Swiss Federal Council has passed legislation for a new “SwissCovid-App.” With the changed law, which still needs to be passed by the Swiss parliament, those participating could be notified if there is a chance they are exposed to the virus through a so-called “Proximity-Tracing-System,” the Swiss Federal council said in a press release.

However, the scientists are really on their research to find out a permanent vaccine that can cure the COVID-19, which served as a mean for a safe and effective vaccine for the population is to be ensured, the nation’s Federal Council says.

The Federal Council said the health workers will commence their regard and normal shifting in June in most hospital’s departments.