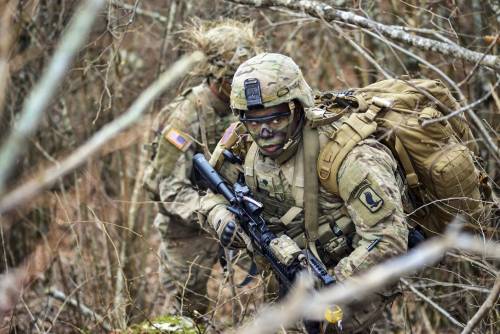 An American citizen that was abducted by bandits last week in Niger Republic have been reached by a team of US Elite forces identified to the “Elite SEAL team six”. The US government had to work closely with Niger and Nigeria government to rescue Mr Walton on time. The CIA provided all the necessary information needed to locate the whereabout of Mr Walton while the Marine special operations elements helped to locate him.

Although the rescue operation took place in Northern Nigeria, It took only a couple of days for the US SEAL to rescue a man who was abducted by some bandits in neighboring Niger Republic when lots of people have been held hostage for months without any form of help.

READ ALSO: Trump and Biden has three States to barnstormed, See the States before the US election

A quick look at the nature of the rescue operation would make you think that Mr Philip Walton is a wealthy man. However, I am sorry to disappoint you, the man is not rich, he is just an ordinary farmer who was residing at a farm settlement in Niger Republic with his family.

Mr Walton was living with his family in a farm near Massalata, a small village that is close to the Nigerian borders.

Mr Walton was reportedly abducted from his backyard by the bandits and demanded for money. It was reported that Walton offered them $40 which they outrightly refused and took him away on their motorbikes. They later demanded for a ransom ranging to the sum of $1 million, before the rescue operation that led to his release. This act of love by the US government is a prove that they value the lives of their citizens no matter their social status or class. I wonder, if the same thing can equally happen here. We are praying for a better Nigeria, maybe one day, we will still enjoy such kind of privilege regardless of our status in life.