‘They can’t survive, If Give them Biafra for 1 year- Shehu Garba 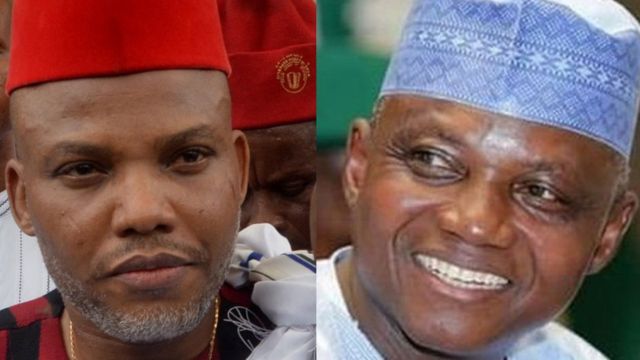 The Presidential Aide on Media and Publicity, Mr. Shehu Garba has followed up with his allegation on the IPOB agitation that should the difference beginning just one year it would spell doom for that area of coexistence within the people of that region.

According to him, Shehu said, “that the Igbos are not united they are against one another because they don’t respect elders within their community and their areas they refused to be ruled by one person and in a community or area where there is no particularly there where people see money as the order of the day no respect for one another gives them just one year to live together you will see the outcome of their agitation that it will have a very negative impact on the people.”

The rate of crime or a mandated from that area this is the assumption of every well-meaning Nigeria because the Igbos are known to be very eager to make money but having said this I would also want you to understand that yes they have the commercial brains but it is one thing for you to also manage the other people within your community in peace and unity which I do not see in the midst of the Igbo race.

“There is no way Nigeria can be divided but should a person that they want to leave I am sure that we will look into it because it did not start today even though I pity those who are agitating even as we are facing a lot of economic meltdown in the country all they are interested is to cause destruction for The ruling party and the government of the day,” Kanu said.