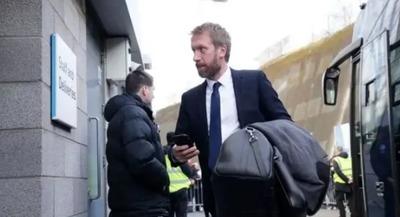 Lewis Hall, a Chelsea youth player, has spoken to the club’s internal media about the club’s training camp in Abu Dhabi and where he prefers to play when he is on the field.

Chelsea manager Graham Potter has another midfield option for the rest of the season.

Chelsea are considering a number of central midfielders ahead of the January transfer window. The market officially opens in just over two weeks, and it appears that it will be a busy time behind the scenes at Stamford Bridge.

It is understood that talks about midfield targets have been ongoing since the summer transfer window closed. Chelsea are expected to go all-in for Declan Rice at the end of the season, with West Ham United more willing to sell the 23-year-old.

Ajax’s Edson Alvarez remains a target for Chelsea, who failed with a £43 million bid for the Mexican during the summer transfer window. With N’Golo Kante and Jorginho’s contracts expiring at the end of the season, the midfield duo appear to be more likely to leave than stay at the time of writing, with no progress in contract negotiations with either.

Kante has also struggled with injuries, missing the first two games of the season against Tottenham Hotspur. There is no set date for the France international’s return to the field, which means Chelsea may be short of options heading into the new year.

The brilliant Lewis Hall is one player Chelsea could turn to for a midfield role. The 18-year-old appeared in the Blues’ final two games before the World Cup break, with appearances in the Carabao Cup against Manchester City and a Premier League debut away at Newcastle United.

Hall, on the other hand, played both of those games at left wing-back. He demonstrated his versatility on both days by being outstanding in both matches. Graham Potter, on the other hand, is under pressure to play Hall in the center of midfield, which he has revealed is his preferred position.

“I prefer playing as a number eight where I can go box to box but the last couple of years I’ve been playing on the left, whether it’s as wing-back or full-back,” revealed.

“I just have to do my best wherever I am asked to play. Obviously, I have preferences, but realistically, the transition from academy to senior football is a big one, so getting any minutes wherever I play on the field is a blessing.”

It’s clear from Hall’s comments that he wants to dominate the middle of the pitch in his career. He is correct, however, in stating that making the jump to senior football and slotting straight into Chelsea’s midfield is perhaps unrealistic. It’s possible that he’ll start at wing-back for a few seasons before being moved up the field by Potter.

It could follow in the footsteps of Trent Alexander-Arnold in Liverpool. The Reds academy product spent his younger days as a central midfielder but was brought into the team as a right-back and there are no signs that his position will ever change under Jurgen Klopp.

With a club like Chelsea, they will continue to buy what they consider to be the hottest talents in Europe for their central midfield, so Hall’s path to consistent first-team football may be at wing-back. However, having the option of using the teenager in the middle of the pitch in the second half of the Premier League season will be fantastic for Potter.