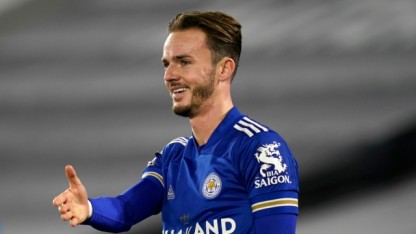 Although, Maddison’s contracts still on having 3 years to go left and Leicester City under no pressure to raise fund for the summer.

The midfielder has scored 27 goals in world and 118 appearance since  joining Leicester from Norwich in 2018 for a fee in the region of £20m.

According to Sky sports, said;

“Maddison is not the only player Arsenal are looking at. They’re keeping an eye on Martin Odegaard’s situation at Real Madrid where he has two years left on his contract.

“He spent the second half of last season at the Emirates but Odegaard went back to Madrid and said he wanted to fight for a place in the side under Carlo Ancelotti.

“There could yet be a situation where Real would allow him to go and Arsenal would be interested. Compared to a Maddison deal, this one would be a lot cheaper and easier to do. It wouldn’t cost them in the region of £60m-£70m.”(skysports.com)

Arsenal are nowhere near acquring someone off Grealish ability but Maddison would prove to be statement investment in the squad on the pursuit of European football.

However, Mikel Arteta, said, “we have offered four players as James Maddison transfer suffered blue with Leicester City setting this valuation on a house number one target in summer window transfer.”

But the question still remains, can James Maddison, the right choice for Arsenal or Martin Odegaard from Real Madrid?