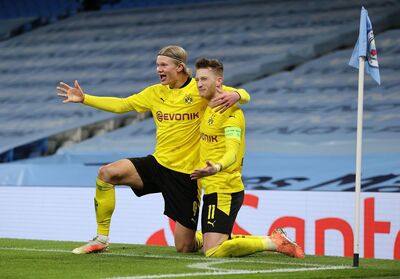 Dortmund striker, Erlings Haaland transfer news has become a major news in the sporting world as the romours spread that Chelsea had officially signed Erlings Haaland into Chelsea’s squad, to boost the Blues squad.

CHELSEA and others have received transfer updates as Borussia Dortmund forward Erling Braut Haaland reportedly has no plans to make a final decision regarding his future in January.

As a result of a release clause in his contract becoming active in 2022, the Norway international will not be short of offers at the end of the season.

At a time when Dortmund will inevitably make a strong attempt to retain the 21-year-old’s services for at least another 12 months, the likes of Real Madrid, Barcelona and Manchester City are being heavily linked with his signature.

However, according to Italian journalist Fabrizio Romano, there are unlikely to be any developments during the opening month of the year.

Romano says that no agreements are in place with any club, and that the race to sign Haaland during the summer window ‘remains open’.

Despite his campaign being disrupted by injury, Dortmund striker, Erlings Haaland has scored 19 goals from his 16 appearances in all competitions.