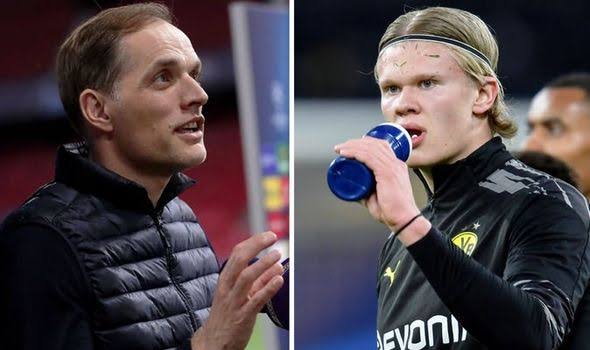 Chelsea have been heavily linked with the Borussia Dortmund striker, Erling Haaland as they look at securing his signature before the start of next season.

However, Erling Haaland spoke about the Chelsea’s Interest to reporter, over the Chelsea bid rumours, he said;

“Before yesterday I haven’t talked to my agent in a month… you’ve to tell me. But I hope they are just rumors, as €175 million would be a lot of money for one person”.

Meanwhile, Chelsea have opened official talks with Sevilla for Jules Koundé. He’s the main target as centre back, negotiations ongoing to reach an agreement.

Koundé is open to accept Chelsea as next clubs as he wants Champions League football. Now it’s up to the two clubs.