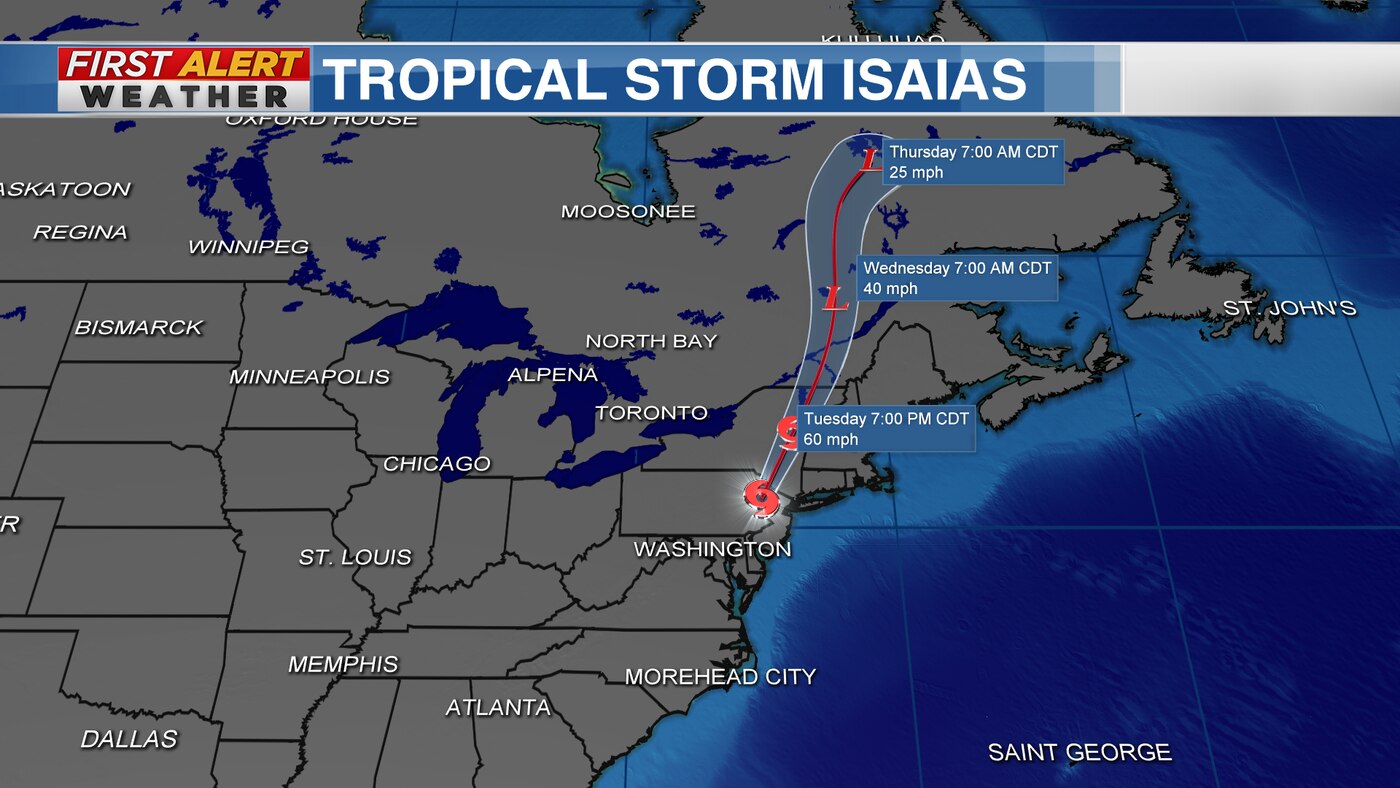 Tornado Warning- The southern and central New England experience a heavy tropical storm Isaias with heavy winds, rain, and tornadoes as it races the entire northward of the country.

According to the National Hurricane Center said the storm started at exactly 8 p.m, 5 miles faraway from the north-northwest of Rutland, Vt., and clocking maximum sustained winds of 50 mph. 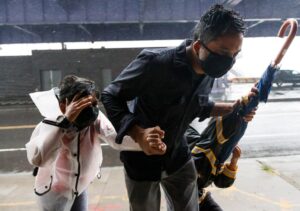 Meanwhile, the Hurricane Isaias is traveling at nearly 40 mph as it heads inland, and it’s expected to lose strength and become post-tropical through the evening or early Wednesday as it moves over eastern Vermont and into southern Canada.

A tropical storm warning remains in effect for areas from Watch Hill, R.I., to Stonington, Maine, and Martha’s Vineyard and Nantucket in Massachusetts and Block Island in Rhode Island.

The National Hurricane Center said parts of New England could see power outages, flash floods, and storm surges. It said the risk of tornadoes may continue and spread across parts of northern New England through Tuesday evening. 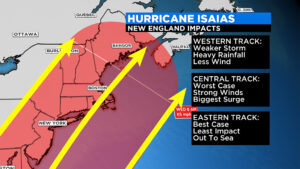 As of early Tuesday evening, Isaias has left more than 3 million people without power from North Carolina to Vermont, with 1.3 million of those in New Jersey.

The hurricane center also said minor to moderate river flooding is likely across portions of the Mid-Atlantic, which Isaias plowed through earlier Tuesday.

As of 6 p.m. Tuesday, the National Weather Service Middle Atlantic River Forecast Center forecast flooding at 14 locations across the region.

The storm made landfall as a hurricane late Monday night with sustained winds of 85 mph and was downgraded to a tropical storm as it worked its way up the coast, flooding low-lying areas of the Carolinas and Virginia.

At least two deaths have been attributed to a tornado that struck a mobile home park in Bertie County, N.C.

Isaias has strained emergency agencies, arriving as the Southeast copes with large numbers of coronavirus cases. Concerns about the potential to spread the virus forced Florida to suspend testing. Agencies also had to change their plans for handling people stranded by the storm.

“The impact of our shelter operations is really limited to the number of people we can put in shelters safely,” said Edward Conrow, director of emergency Services for Brunswick County, N.C. He added that the facilities are now required to have isolation areas and to provide personal protective gear.
(NPR)