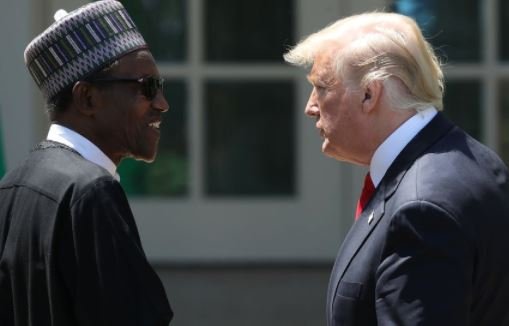 President Donald Trump has celebrated the rescue of an American citizen from within Northern Nigeria where he was held by bandits.

Speaking at a campaign event at Bucks Country in Pennsylvania on Saturday, Trump boasted how the US special forces bruised the bandits without suffering any harm.

The man, Philip Nathan Watson, 27, was kidnapped in Southern Niger and effortlessly brought to Nigeria where he was held in captivity as the bandits demanded for a ransom of more than $1 million from his family members, who are missionaries.

President Trump first celebrated the rescue with a tweet saying:

He followed up at the Buck Country campaign rally where he said:

“We got our young man back, but the other side suffered gravely.”

“I can tell you that our nation salutes its courageous military, which brilliantly executed this operation. Very few people would have been able to do it,” Trump continued. “It was very complicated, a very complex, tough area.”

“They went in with a large group. Zero casualties,” Trump said. “We got our American citizen, young man, we got our young man back. But the other side suffered greatly, I can tell you that.”

Six of the seven bandits who kept the US hostage were said to have been killed during the operation carried out under the cover of darkness.