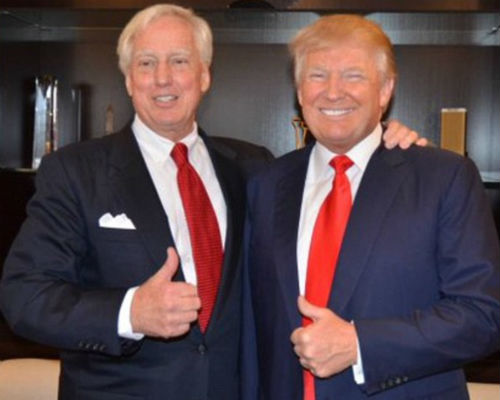 The Brother of the United States of America, USA, Donald Trump has announced the death of his brother, Robert Trump.

Trump disclosed this in a White House statement, saying, “It is with a heavy heart I announce the death of my brother, Robert, who peacefully passed away tonight.

“He was not just my brother, he was my best friend. He will be greatly missed, but we will meet again. His memory will live on in my heart forever. Robert, I love you. Rest in peace.”

The 74-year-old Trump had previously called his brother “wonderful” and said they have “had a great relationship for a long time, from day one.”

Trump’s daughter and adviser Ivanka however said on Twitter Saturday: “Uncle Robert, we love you. You are in our hearts and prayers, always.

Uncle Robert, we love you. You are in our hearts and prayers, always.