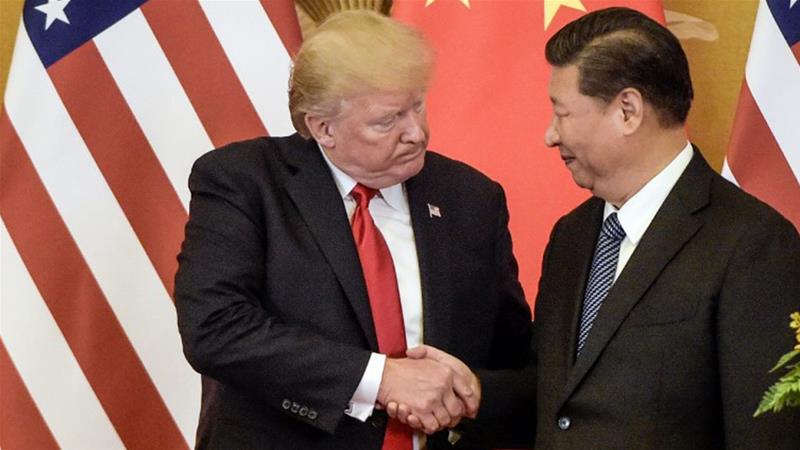 President Donald Trump administration has threatened to scrap an initial trade deal and increase tariffs on China, backed tough new export controls for Chinese firms buying American tech products, and continued to push theories claiming the coronavirus originated in a laboratory in the city of Wuhan.

The White House is also “turbocharging” an initiative among “friendly nations” to push manufacturing supply chains out of China, according to Reuters.

And a leaked report from the US Department of Homeland Security accused Beijing of covering up the severity of the virus so it could hoard medical supplies at the start of the year.

Last week, a video mocking America’s handling of the coronavirus, titled “Once Upon a Virus,” was widely shared among hawkish foreign ministry officials after it was released by official news agency Xinhua.

Analysts say the gloves are now off, with any residual optimism from the phase one trade deal signed in mid-January gone, along with all hope that trade ties could help salvage the wider US-China relationship.

“The United States and China are actually in the era of a new Cold War,” said Shi Yinhong, an international relations professor at China’s Renmin University and an adviser to China’s State Council, effectively the country’s cabinet.

While the rhetoric about a “new Cold War” is a common talking point in Washington, it is used less frequently in public by Chinese advisers and scholars. After all, the original Cold War spelled the end of the Soviet Union and left the United States victorious.

But the nosedive in relations in recent weeks has slingshotted the comparison from the fringes of the Trump administration into the mainstream.