UCL: 3 Clubs Chelsea would love to avoid in the UEFA Champions League Quarter-final 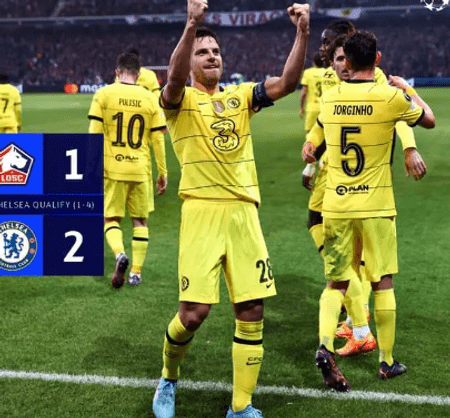 The round of 16 fixtures of the UEFA Champions League is done and dusted with the 8 teams who will battle in the quarter-final now confirmed after yesterday’s matches.

There are 3 English teams, 3 Spanish teams, 1 German team and a Portuguese team in the quarter-finals.

Defending champions of the UEFA Champions League, Chelsea were victorious in both legs against French side Lille and all eyes will now be on the quarter-final draws which take place on Friday.

Chelsea are considered the best club in Europe at the moment but will still be hoping for a favourable draw against one of the smaller teams. The Blues would love to avoid opponents like:

Anytime, any day, the German champions are a force to reckon with, playing them at such a delicate phase in the competition brings a higher risk of elimination, one Chelsea would want to avoid for the time being.

At this stage, teams from the same country can face each other, so there is a possibility of Chelsea facing Pep’s side for the third time this season. However, the Blues wouldn’t want this as Manchester City have shown superiority over them this season, defeating them home & away in the EPL.

The last three meetings between both sides might have ended in a stalemate, but every Chelsea fan knows what Liverpool brings to the table on a good day. Facing them at this stage may be doom for Chelsea.

So Chelsea fans, which club is a bigger threat to Chelsea among these three?