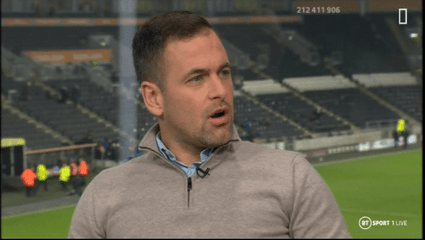 Former England player, Joe Cole, predicted a tough game between Chelsea and Lille at the Stamford Bridge. This match will be the Champions League, UCL.

The UEFA Champions League draw has been decided, after what appeared to be error in the initial process. Chelsea are paired with Lille.

Chelsea fans in particular, and football pundits in general have submitted the view that Chelsea was lucky to get Lille.

Former England player, Joe Cole, predicted a tough game between Chelsea and Lille at the Stamford Bridge. This match will be the Champions League last-16, February next year.

Joe Cole further reiterated that although Chelsea may be very happy that it was Lille they were paired with, but he (Joe Cole) will put a word of caution on that.

What Joe Cole emphasized was that ‘Lille are a very exciting, strong and very aggressive team and they will have nothing to lose. Chelsea are the champions, the hunted.’

As a former Chelsea player, Joe Cole knows that they (Chelsea) may be ‘breathing a sigh of relief to avoid Bayern and Real Madrid, but you can’t discount this Lille team.’

Well, I can say that Joe Cole could not keep his emotions and love for Chelsea and state the fact. Anyone who is a Chelsea fan or player rejoicing that they were paired with Lille is either not serious or chooses to ignore facts.

Unless anything new and unexpected happens in Thomas Tuchel’s team, they can by no means defeat Lille. This is the same Chelsea that West Ham defeated. The same Chelsea that fought for their dear lives against relegation threatened Leeds United, just last week.

Check out where Lille are currently situated at the French Ligue 1. Check out how they have demolished big teams before now. Also, do not forget to check out their current form and compare it with what is seem in Thomas Tuchel’s team.

Well, February 2022 is still far. Anything can happen. But, if we can adjudge them based on current form, Chelsea is may never defeat Lille even at Stamford Bridge.