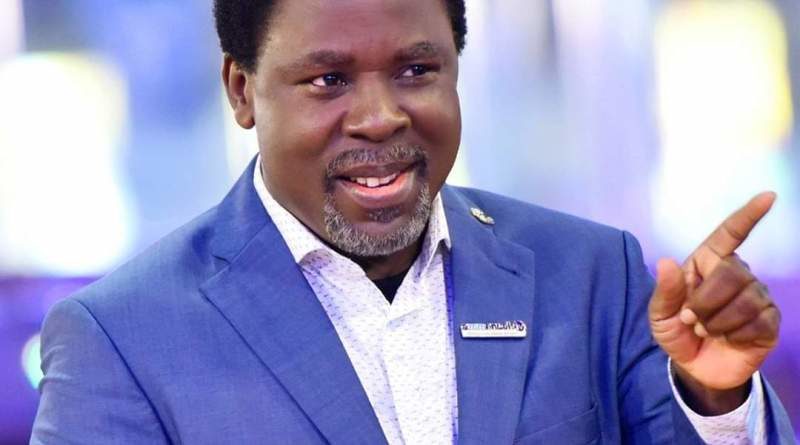 The founder and president of the Synagogue Church of All Nations (SCOAN), Prophet, TB Joshua, said on Sunday, that Joe Biden’s presidential victory, “it is an act of God, because, if it is not God, he won’t have won the US presidential election despite pressure from Trump and his supporters.”

According to the Prophet, said, President Trump, should accept defeat over loss at the US presidential election, and focus with his business, for Peace to reign in the country.

TB Joshua advice the comes President-elect, Joe Biden, to be focus and rule the country with the fear of God.

Although, Trump refused to accept the result of the US Election 2020, claiming that the election was rigged in favour of Biden of the Democratic Party.

However, TB Joshua said, the elections in any democratic country should never be about one person as the country is bigger than any single individual.

Though the SCOAN founder did not mention the name of Trump, he was ostensibly referring to the US President who feels he is bigger than the United States and has refused to accept the reality that Biden defeated him.

Prophet TB Joshua, said, whatever happened, losers of elections must accept the outcome and then look to the future.

“Politics, campaigns and elections in any democratic country in the world are never about one person; it is about the country we care for and love.

“Whatever happens, we must accept the outcome and then look to the future to Jesus, the Author and Finisher of our faith.

“All democrats must value the process of democracy more than the product,” TB Joshua said.