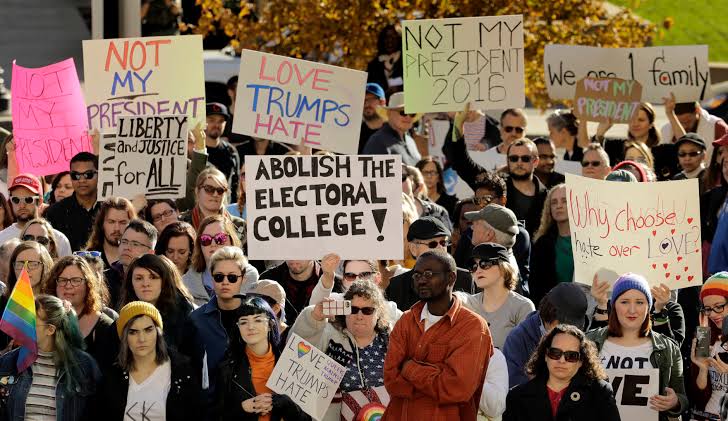 Some Americans have taken to the streets to protest due to the unusual length of this year’s elections.

Most analyst’s believe that these protesters are mainly Donald Trump fans and supporters who are anxious about the election and are not not too pleased with the results so far. They are trying to make the democrats whom they believe might be trying to manipulate the vote count in their favour to desist.

The results so far show Joe Biden of the democratic party to be in a slight lead over Donald Trump which has made Trump fans anxious.

Although Most analyst’s had predicted that Trump votes would in no way be able to compete with Biden votes due to Trump’s mishandling of the corona virus pandemic which led to the loss of hundreds of thousands of american lives, the number show that Trump has a cult like base who truly believe in him and would support him whatever comes.

Donald Trump has threatened to go to the Supreme court if the final results are not in his favour.