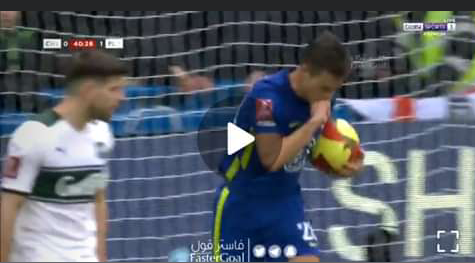 The Emirates FA Cup giant-killing is on the cards at Stamford Bridge as the match between Chelsea vs Plymouth equalizer game 1-1 with Azipilicueta flick goals.

After just eight minutes of Chelsea’s game against Plymouth Argyle, the visitors took a surprise and stunning lead.

There appeared to be little danger to the hosts when their lower league opponents were awarded a free-kick way out near the touchline.

However, Chelsea’s stars didn’t pick up their players as the ball was floated in, and Macauley Gillesphey rose the highest to power home.

Scenes in the away end!