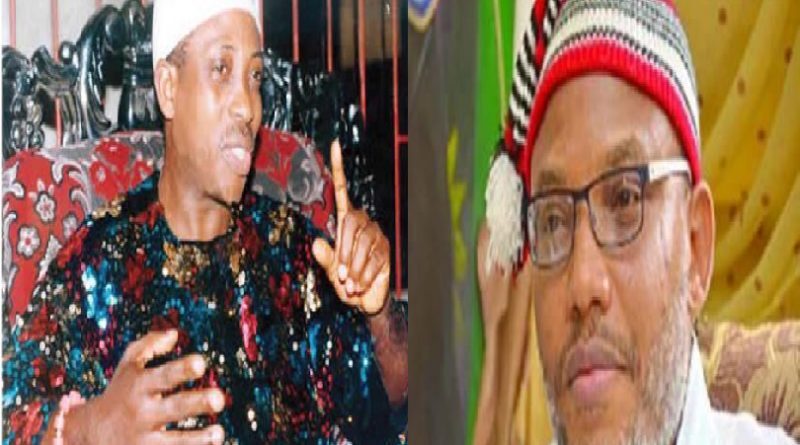 ef Dr. Ralph Uwazuruike, The Founder of The Movement for the Actualisation of the Sovereign State of Biafra and Biafra Independence Movement (BIM), has narrated why the Biafra Actualisation project must remain peaceful.

Uwazuruike who narrated this while reacting to a purported video published by the leader of the proscribed Indigenous Peoples of Biafra (IPOB), Mazi Nnamdi Kanu, showing where some persons claimed to be Members of the Eastern Security Network (ESN) invaded the residence of Hausa Community in Isiukwuato, Abia State, chasing them away and killing dozens of their cows.

“Video of men at work last night across all the towns and villages of the old Bende Division, especially Isiukwuato,” and was shared on his Facebook page.

“ESN has commenced the combing of parts of Isiukwuato forests last night and engagement with the enemy is ongoing and will continue until they no longer present a threat to our communities along that axis.

“Our intel so far has revealed that those terrorizing Isiukwuato are rogue elements in the Nigerian Army & police who pass on their victims to Fulani killer herdsmen. #ESN shall find and neutralize these murderers and kidnappers in the coming days, be rest assured.”

Uwazuruike through his Special Assistant on Social Media Matters, Comrade Emma N. Nnadi, cautioned Pro-Biafra groups to remain peaceful and eschew any form of banditry in form of freedom fighting.

Ijele Ndigbo reasoned that every tribe has its own bad side, stressing that not every Fulani person is bad.

According to the Father of the Biafra Nation, he said “we know that some Fulani militias that were recruited and trained by the Buhari, and El-Rufai during the build-up 2015 general election in a bid to light up the Country if the then President Goodluck Jonathan refuses to give up Power.