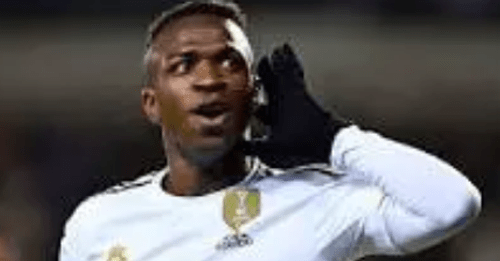 Vinicius Jnr has assured Chelsea of scoring Edouard Mendy when they meet for the UEFA Champions League quarter final.

Chelsea has been drawn against the law Liga Giant Real Madrid, and the winger has assured Chelsea of getting a goal during the encounter. He praised the Senegalese goal keeper and Chelsea defence, but assured the team of getting through them this time.

Vinicius Jnr and Real Madrid lost the Chelsea in last year UEFA Champions League semi final, who went ahead to beat Manchester City in the final to win the club second Champions League trophy in their history. “we have done our assignment as a team and we have clearly improved. Last time, it was hard to find a space to fire a shot against their goal keeper but this season, it won’t be the same. Mendy is a very good keeper, but I will make sure I score him. It is my duty to score against him”.

Chelsea will play Real Madrid on the 6th or 7th April in the Quarter Final tie of the UEFA Champions League.