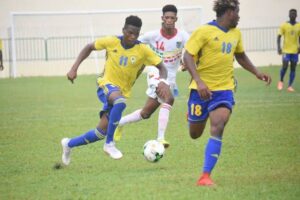 via flashscore is available in the African continent.

Gabon face Benin on Sunday in an international friendly.

Unfortunately, the match will be without it’s biggest star: Arsenal captain Pierre-Emerick Aubameyang has withdrawn from Gabon’s friendly match against Benin due to an ankle injury.

However, many still believe that Gabon are favourites for the win following a 5-game unbeaten run, including three wins.

By contrast, Benin have only won once in their last 4 matches.

This Gabon versus Benin match is being staged a month before the AFCON qualifiers resume.

Gabon and Benin were last in action in November 2019, before the Covid-19 pandemic hit.

How to watch a Gabon vs Benin live stream.