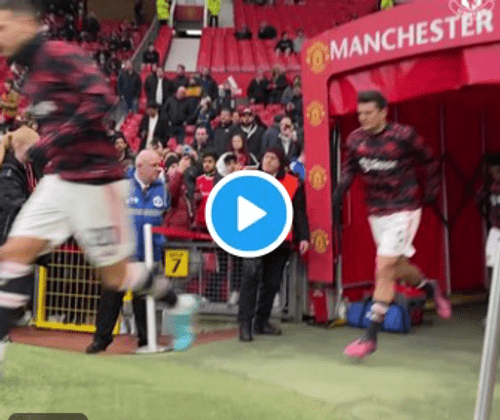 Manchester United vs Tottenham: Match Prediction, Date, and Kick-off Time… Manchester United’s chances of winning their Premier League match against Tottenham Hotspur at Old Trafford don’t look encouraging after three winless run. Both teams are comfortably in the top four race, with United in fifth place with 47 points and Spurs in seventh place with 45 points.

Manchester United produced a dismal performance against Manchester City, which they rightly lost 4-1, adding to the team’s string of inconsistencies. United are winless in their previous three games and were knocked out of the top four with their loss to City. They’ve dropped 14 points in their last ten league games, which isn’t good enough for a team looking to finish in the top four.

Tottenham Hotspur will relish the fact that the club playing at home has only one win in the past seven encounters between the two. Spurs have won twice in those seven games, and they will be confident going into this one, especially following their 5-0 triumph over Everton last time out.

Spurs have scored nine goals in their previous two league games, and their recent triumph against Manchester City will give them even more confidence.

Spurs have benefited from Harry Kane’s return to form, as he has scored five goals in his previous four league outings.

Tottenham’s recent form has been better than United’s, and the 5-0 victory over Everton will undoubtedly motivate them.

Manchester United’s last game was horrible, and their performances haven’t been very inspirational. Spurs should have more confidence going into this game, despite their inconsistency. This match will be won by Tottenham.

Tottenham versus Manchester United match will go down on Saturday at 6:30PM Nigerian time.