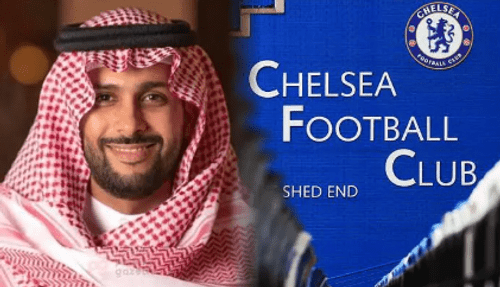 According to report from the camp of Real Madrid, the club are seriously considering selling Eden Hazard at the end of the season. Apart from the fact that the Belgian’s transfer to Spain has been an utter disappointment, Real Madrid want to make room for Kylian Mbappe who is reportedly very close to being announced as a Real Madrid player.

As one of the highest paid players at the club, it is understandable why Madrid want to get the former Chelsea man out of the club. Madrid will want to give him that jersey number, therefore Hazard will have to leave the club for the youngster.

The likeliest destination for Hazard when he leaves Madrid is a return back to Chelsea, where he attained legendary status before leaving. With Chelsea very likely to be under a new regime in couple of weeks, there is a huge chance that Hazard could be one of the very first signing of the new regime.

One of Chelsea’s interested suitors, Mohamed Alkheriji, the owner of Saudi Media group who has submitted a £2.7b bid to sign the club is reportedly a Chelsea fan and also a big fan of Eden Hazard.

He was in attendance at Stamford Bridge for Chelsea vs Arsenal in 2017 & witnessed that Eden Hazard’s unbelievable goal. The beautiful thing about resigning Hazard is that, the signing will not be based only on sentiment. Life without a “number 10” that has the technical ability and intelligence of a player like Eden Hazard really affects Chelsea.

If they get him, he will once again be an integral part of the team and Thomas Tuchel would absolutely love to coach a marvelous player like the Belgian.