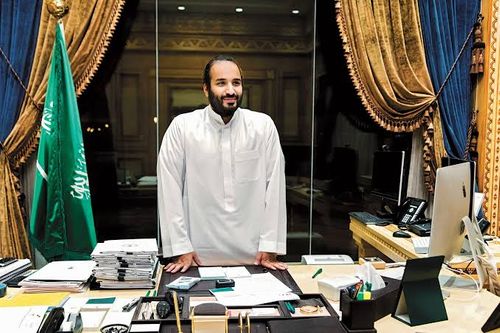 Why Prince Mohammed Bin Salman’s regime for Chelsea will be better if acceptable in the UK… The Prime Minister of the United Kingdom, UK, Boris Johnson, were asked to support with further the weapon Sales when he meets with Saudi top politician, scheduled this week, according to source.

Although, the UK’s Prime Minister will meet will Saudi Crown Prince Mohammed bin Salman this week to ask him to pump more oil to ease fuel prices in the UK, and to discussed others issues at hand.

Boris Johnson will travel to Saudi Arabia this week having presumably calculated that punishing one despot for starting a war in Europe requires cosying up to another in the Middle East. Mr Johnson says Vladimir Putin, the president of Russia’s “barbaric actions” in invading Ukraine are “testing not just Ukraine but all of humanity” and Britain must respond by moving away from “dependence on Russian oil”.

As Britain’s Russian energy boycott contributes to pushing oil prices to record highs at home, the government says that “demand can be met by alternative suppliers”. So it is with cap in hand that Mr Johnson will fly to Riyadh, one of the few oil producers with the spare capacity to immediately ramp up production, to ask Crown Prince Mohammed bin Salman to pump more oil to ease prices.

While Mr Johnson has condemned Mr Putin for launching an illegal invasion in which Ukrainian civilians have been indiscriminately targeted in their homes, hospitals and schools, he is far more circumspect about Saudi Arabia’s 36-year-old de facto leader, with whom he reportedly corresponds via WhatsApp messenger.

Mr Johnson views Riyadh as “a partner”, his spokesman said last week, which means the kingdom’s de facto leader is not subject to the same criticism as Mr Putin. Thus it is not thought Mr Johnson will publicly speak out against the kingdom carrying out the largest mass executions in its history over the weekend. It also puts Mr Johnson at odds with US ally President Joe Biden, who was elected promising to challenge Saudi human rights abuses and hold Prince Mohammed to account for the murder of Saudi journalist Jamal Khashoggi.

British-made bombs and planes have been implicated in scores of Saudi strikes that have killed civilians. Over half of the Saudi air force aircraft flying sorties over the country are UK-supplied, according to the Campaign Against Arms Trade, with some even dropping UK-made cluster munitions on the impoverished country.  Saudi Arabia says it is defending itself against Iran-aligned Houthi rebels, which have attacked the kingdom with drones and missile strikes. But its air campaign has faced accusations of indiscriminately targeting civilians, while a blockade of Houthi-controlled areas has contributed to pushing the country to the brink of famine.

Rather than pressuring Saudi Arabia to reach a peaceful solution to the conflict, Mr Johnson may be asked to pledge further weapons sales or British support for Riyadh’s security policy towards Yemen and arch-rival Iran, according to Sanam Vakil, deputy director of Chatham House’s Middle East programme. Facing a cost of living crisis at home and a war in Europe that threatens to escalate, Mr Johnson may have to calculate whether that is a price worth paying for Saudi Arabia agreeing to increase oil production.