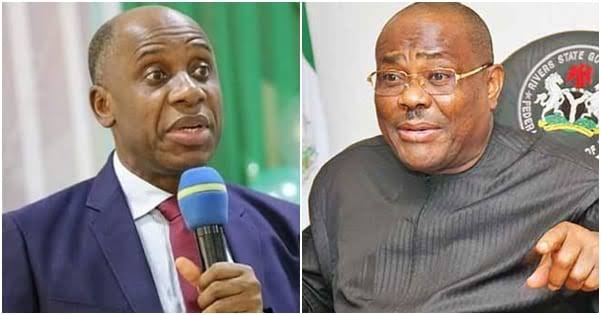 As the countdown to 2023 continues, alliances are shifting and permutations are shaping up. THISDAY can authoritatively report that Minister of Transportation, Rotimi Amaechi, is preparing to throw his hat into the ring as a candidate for the 2023 presidential race, just as arch-rival and Rivers State Governor, Nyesom Wike, is also putting machinery in motion to bid for the top post. 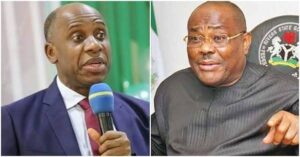 While THISDAY reported last week that a section of the North and loyalists of President Muhammadu Buhari favoured former President Goodluck Jonathan, there are strong indications that Amaechi and Wike are equally eyeing the country’s top job.

The North’s embrace of Jonathan is predicated on his track record. He held sway from 2010 to 2015, when he lost a re-election bid. The former president accepted defeat, when he could have used the machinery of government to rig the election and remain in power.

Jonathan is generally seen as a gentleman, who has conducted himself in an admirable way. In the run up to the 2015 election, which he eventually lost, he had declared that his ambition was not worth the blood of any Nigerian. That became the defining character of a man who resisted all pressure not accept the results of that election and called his opponent, the candidate Muhammadu Buhari to congratulate him for his victory. That singular act elevated Jonathan to the stratosphere of democrats and statesmen and endeared him to the international community.

The North is also said to see Jonathan as a unifier, who worked with people of diverse backgrounds. “Even his principal secretary was of the northern Fulani extraction,” a source said.

The North believes strongly that a Jonathan presidency would satisfy and quell the clamour of South-east or the entire South.

The source familiar with the thinking in the North declared regarding Jonathan, “He straddles between South-south and South-east. He bears Azikiwe as middle name, he is a good man, and gentleman without complications.”

Meanwhile, advocates of South-south presidency argue that the zone still has four more years to complete its second term, adding that former President Olusegun Obasanjo, who is from the South-west, did eight years as president. They note that Buhari, the incumbent president, would also complete his eight years, whereas Jonathan, who is from the South-south, did not do a second term in office. To that extent, they believe the South-south must complete its two terms before power could shift to the South-east.

The ambitions of Amaechi and Wike are predicated on the South-south being allowed to serve out its remaining four years. Thus, between both men is a continuation of a war of attrition that has lasted many rounds, with Wike besting Amaechi on each occasion.

The question is what both bring to the table? Do they have enough national appeal to make them viable candidates that win a presidential election? While Amaechi as Minister can claim some national presence by virtue of his position, he lacks the critical base to lean on. His party could not field candidates in any elective position in the 2019 election owing largely to his leadership style.

Wike can also claim some national influence having served as Minister of Education under Jonathan’s presidency. As Governor of Rivers State he has maintained a firm grip on Rivers politics controlling and highly influential member of the PDP. He has hardly expanded his base beyond Rivers State. It is to his credit that PDP survived the first few years after it lost power. But is that enough to make him a viable candidate for the highest office in the land?

Supporters of Wike are of the view that the governor would not sit idly by and watch Amaechi launch a bid that might propel him to a higher calling. Besides, Amaechi is also subtly standing astride between the South-east and South-south, as he is often quick to say that his part of Rivers State is Igbo-speaking and, as such, leans on both sides of the divide.

On his part, Wike, who is believed to have a firm grip on Rivers and PDP politics, and warded off many attempts by Amaechi to seize control of the state, is already positioning and revving up preparation to launch his bid for the highest office in the land. The fear in his camp is that should Amaechi launch a presidential bid and, for some reasons, succeed, he might use the full might of the federal government to move against Wike and his supporters.

Wike’s ambition is contrary to beliefs in some quarters that he would once again root for a northerner, like he did in the 2018 Peoples Democratic Party primaries, when he backed Sokoto State Governor Aminu Tambuwal for the ticket, and then position to be running mate.

Former Vice President, Alhaji Atiku Abubakar, however, defeated Tambuwal and former Senate President Bukola Saraki for the ticket and went on to challenge Buhari in the 2019 presidential election.

Several high profile sources within the PDP have confirmed the speculation that Wike is preparing to run for president in 2023, even though he has repeatedly said his focus is being governor of Rivers State.