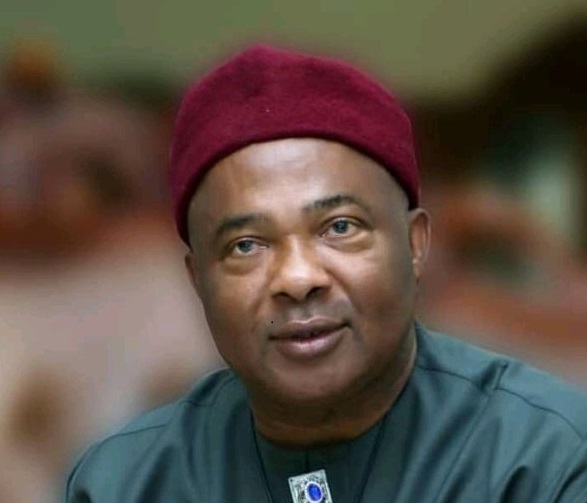 Uzodinma- These are not the best times for Gov Hope Uzodinma of Imo State, as he is faced with seemingly self inflicted political storms from all sides. 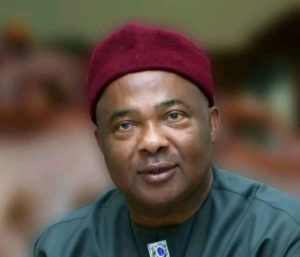 A few weeks ago, a lawyer, and the Governorship candidate of RAP, Barr. Kingdom Okere, had approached the court, to interpret the judgement handed down to Uche Nwosu, by the Supreme Court.

The Supreme Court had ruled that Uche Nwosu, the son-in-law to former governor Rochas Okorocha, was the authentic candidate of APC and AA in Imo State, begging the question, how Hope Uzodinma emerged as Govenror of Imo State.

The case which had been adjourned to September 29, 2020, may yet see Gov Hope Uzodinma out of office.

Hope Uzodinma, have openly moved against the emergence of Senator Ifeanyi Araraume, who is deemed the most accepted candidate in the zone, who can go to an election without Executive influence and win other political parties.

Uzodinma is believed, fears that allowing Araraume to return to the Senate, would pose a problem for him in 2023, when he believes Araraume would be more powerful to fight him for the Govenroship seat of the state.

Within the party in the state, over the authentic leadership of the party, are yet another political storm gathering over Hope Uzodinma.

With the death of Abba Kyari, who was his leeway to Aso Rock, and the removal of Adams Oshiomhole, Gov Hope Uzodinma has become almost emasculated in the party at the national level, and this has led to him forging an emergency relationship with Hon. Emeka Nwajiuba, in a bid to redeem himself in Abuja.

There are indications, that the Okigwe Senate seat, may be one of the settlements, Emeka Nwajiuba would be demanding from Gov Hope Uzodinma.

An aide to Hon. Chikwem Onuoha, one of the Senate hopefuls, Mr. Chidiebube Okeoma, on his Facebook handle warned against the plot by Nwajiuba to install his choice candidate as Senator of the zone.

“Emeka Nwajiuba should not be allowed to force a senatorial candidate on the good people of Okigwe zone.

We want a home made senator not Àbuja made.

Frank Ibezim whom Nwajiuba is forcing on us does not have the acceptance to emerge the next senator for the Zone.”

The post further strengthens the rumor, that Gov Hope Uzodinma and Nwajiuba have reached a deal for his political survival.

There would be stiff resistance in Okigwe Zone, and excessive influence by the Govenror, can probably cost the party the Senate seat, which would not look good for Gov Hope Uzodinma in Abuja.

The rumors of an alliance between the PDP candidate, Rt Hon Emeka Ihedioha, believed to be the rightful winner of the 2019 General Elections, and some very powerful elements within Imo APC, is yet another source of worry for Uzodinma, which has the capacity to bury him politically.

With the recent prophecy by Primate Ayodele, Gov Hope Uzodinma should be thinking of making friends than creating powerful enemies, as he had gone about creating since becoming Govenror of Imo State.