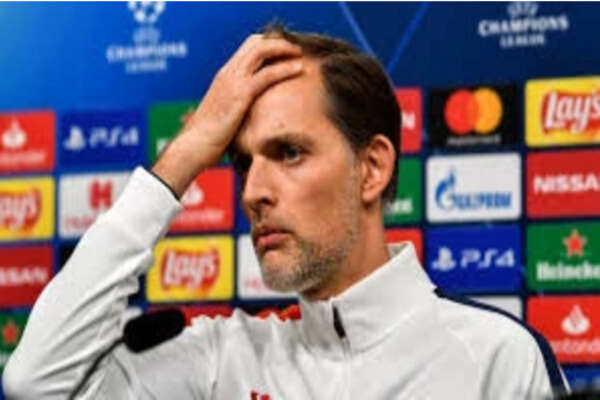 The English Premier League games continue this weekend as Wolverhampton Wanderers host Chelsea at the Molineux Stadium for week 18 EPL matches. The games ended in a 0-0 draw as the blues were unable to defeat Bruno Lage’s Wolves in today’s encounter.

Chelsea’s total dominance in the match didn’t yield positive results as they were unable to score in both halves. The blues were a little bit lucky as VAR helped them by canceling Wolves’ goal in the first 45 minutes of the match.

Chelsea has failed to win their last two matches in the EPL as they crumbled to a 1-1 draw against Everton and now a 0-0 draw against struggling Wolves.

Read Also: Wol vs Che: One crucial mistake Thomas Tuchel is repeating in all matches that might affects their performances

The head coach, Thomas Tuchel seems to be making some mistakes recently which has contributed to the club’s awful performance in the premier league and might lead to his instant sack next season if he doesn’t correct it and this article states those 3 mistakes.

I believe the blues didn’t pay a whopping fee of over 100 million pounds to sign a bench warmer from Inter Milan. Since Lukaku arrived at Stamford Bridge, the head coach has used him for less time.

Romelu Lukaku performed excellently in his first five matches for the blues until he was injured against Malmo in the UFEA Champions League match. Thomas Tuchel has been using Kai Havertz as a false striker which has yielded no results in Chelsea’s attacking force yet he keeps making the mistake in every match.

Chelsea’s manager should start making use of his striker or might risk his job next season as his mistakes are greatly affecting the club.

2. Using his players in the wrong positions

3. Rotating players in every match

It seems Thomas Tuchel doesn’t have the first eleven as he keeps rotating players in almost all the matches. A trio of defenders that featured in today’s match might not feature in another match, making those defenders hardly understand themselves. The manner the head rotates his players is doing more harm than good to the club and could lead to his sack if he doesn’t correct his mistakes.

In conclusion: It is advisable as a professional and tactical manager, Thomas Tuchel should stick to one game pattern for easy understanding of his players and also correct these three above-mentioned mistakes else may be sacked next season.